And Lets Her Multiple Abusers Walk Free: ‘The World Showed Me I Don’t Matter’…

Chicago, IL — Contrary to what many peddlers of disinformation will lead you to believe, child sex abuse is not reserved to the the Deep State, Democratic party, and Hollywood; Republicans are regularly caught committing the same acts.

What’s more, while elite politicians are caught committing these child sex crimes like former Speaker of the House, Dennis Hastert, the scope of the problem is far greater. Child sex abuse is rife no matter political or socioeconomic status.

A potential reason this problem has reached epidemic proportions in this county could be the lack of punishment these monsters face after hurting children.

Hundreds of thousands of Americans are currently incarcerated in the land of the free for “crimes” which have no victims.

Innocent people, whose only crime was getting caught with small amounts of a plant or who are unable to pay for a suspended license are serving years behind bars, yet child predators routinely receive insultingly low sentences or none at all.

‘The World Showed Me I Don’t Matter’

In the following case out of Chicago, this horrifying problem is compounded by the fact that multiple alleged child sex abusers are walking free — while their 10-year-old victim is rotting away in an institution.

This month, CBS 2 Investigator Dave Savini revealed a despicable problem among police and child services that is facilitating this scenario.

Brenda Myers-Powell is an advocate for children like the one mentioned above and as co-founder of The Dreamcatcher Foundation, she has been fighting for victims like her.

“We have no idea what type of ugly things he did to her in that room,” Myers-Powell told CBS 2, describing the type of person she believes does something like this as “a dog; a predator; a very, very sick person.”

According to the report, while the man was in the motel with the girl, staff called 911 to report it. They even told authorities his name, yet he has never been arrested.

“Why wasn’t he locked up? That needs to be answered. Why did they not lock that man up?” said Myers-Powell. “It just made me sick.”

According to their own reports, the police department knows that the girl has at least five different abusers. She was abused from age 7 to 10 by these men — including men in their 40s and 50s.

Police and the Illinois Department of Children and Family Services (DCFS) were told about this abuse as far back as 2016. They received multiple reports from the motel where the abuse was happening as well as school officials who had found out about it.

Despite all the reports to DCFS, the police, and a record of the abuse, not a single person — whose job it is to protect children — lifted a finger to help the little girl.

Even when police responded to motel and found her inside with one of the abusers, no arrests were made.

The DCFS refused to say anything about the pattern of abuse this child endured. CBS 2 Investigators used Chicago Police reports, obtained through a public records request, to piece together a tale of systemic failures that let her down – how her abusers were never charged, and how child protective services failed to get her the help she needed to escape a horrifying world of child exploitation.

In fact, just days before she ended up at the Grand Motel, police had their grasp on another one of her alleged abusers. He too is accused of taking her to a motel, and he also was never arrested.

Cook County Public Guardian Charles Golbert has spent 30 years working to protect abused children. It is his job to challenge the DCFS when they fail.

He said the girl should have received protective services when she was first assaulted at age 7. He also wants to know why the accused men have not been arrested.

“I’ve seen a lot. This has to be one of the very worst cases,” said Golbert. “It’s just, it’s disgusting.”

Disgusting indeed. Given the fact that Chicago police routinely raid the homes of innocent families looking for non-existent substances deemed illegal by the state, the idea of allowing child rapists to walk free shocks the conscience. However, according to Golbert, this is par for the course.

“DCFS commonly leaves kids in very dangerous situations, where they continue to be abused, instead of bringing cases to court and rescuing children,” Golbert said. “This case illustrates that.”

Now, because police and DCFS never stepped in when the abuse originally began, this 10-year-old little girl is now severely psychologically damaged and this heartbreaking tale gets worse.

After DCFS and police allowed this girl’s abuse to persist for nearly half her life, instead of giving her help, she was then locked away in a psychiatric facility in December — where she remains to this day.

“It’s horrible,” Golbert said. “You’re locked up indoors all day. They get about one hour of outdoor recreation every day. They lose schooling.”

What’s more, as this little girl remains locked up in a de facto prison, her abusers — some of whom were caught in the act — are all walking free.

“That says: ‘I’m the garbage that the man who abused me said I was,’” said Myers-Powell. “That says that I don’t matter, and the world showed me I don’t matter because I’m locked in a box.”

What’s more, according to CBS 2, during their investigation they discovered that when police found the girl at the motel in October, instead of bringing her to the hospital or getting her help, they brought her home to allow the abuse to continue. Only after CBS 2 aired their investigative story did the Chicago police department respond, claiming they are now launching a review.

“Protecting the lives and wellbeing of children is the highest priority of the Chicago Police Department. We have initiated a thorough review of how this disturbing series of allegations of abuse and neglect was handled by CPD. While the criminal investigations are ongoing, CPD is taking a close look at our policies around missing youth and we are committed to strengthening our guidelines, training, and protocols.

“We are also working with our partners in social services, education, and healthcare to be more extensive and trauma informed to better support youth and families. We are all committed to ensuring the safety of Chicago’s children.”

This statement is laughable and insulting given the fact that DCFS and the police department knew about the abuse of the little girl for years yet took no action to stop it. It also rings hollow knowing that all of her abusers are still walking free as this little girl rots in a box. 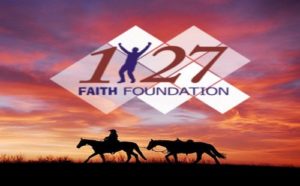 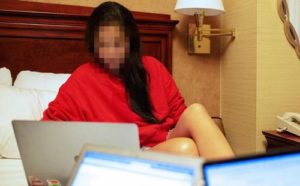 The Pornification Of America: How Young Girls Are Being Groomed By Sexual Predators

The brutal reality is that a predator doesn’t have to be in the same room, building, or even country to abuse a child. And that’s what they’re doing – subjecting… 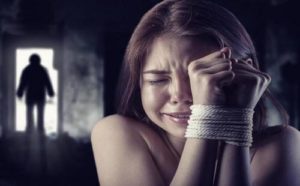 There can only be one winner emerging from this year’s Super Bowl LIV showdown between the San Francisco 49ers and the Kansas City Chiefs, but the biggest losers will be the… 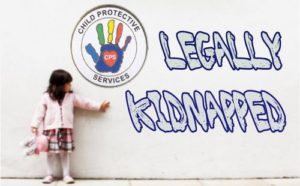 Don’t think it could happen to you? It’s happening to many families across the country. They are being targeted by Child Protective Services simply because they are Christians and they seek to input into… 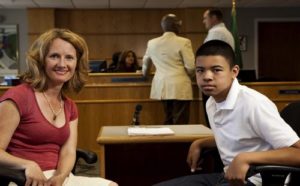 Study: Children with Court-Appointed Special Advocates do WORSE Than Children Without Them 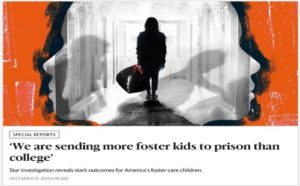