Rejected Orphans Suffer With These Issues,Policymakers From DC…

God is the backbone of the family unit. Put another way, without God evil takes root and destroys everything it touches including the family, it should be obvious by now that when we take God out of the equation the equation becomes sinister….

Members of Congress (Pharisees) and state legislators (hypocrites)cannot understand why whole sectors of society, particularly in urban areas, are being torn apart by crime. And without that knowledge, sound policy making is impossible.

A review of the empirical evidence in the professional literature of the social sciences gives policymakers an insight into the root causes of crime. Consider, for instance:

On the other hand:

The scholarly evidence, in short, suggests that at the heart of the explosion of crime in America is the loss of the capacity of dad’s and mothers to be responsible in caring for the children they bring into the world. This loss of love and guidance at the intimate levels of marriage and family has broad social consequences for children and for the wider community. The empirical evidence shows that too many young men and women from broken families tend to have a much weaker sense of connection with their neighborhood and are prone to exploit its members to satisfy their unmet needs or desires. This contributes to a loss of a sense of community and to the disintegration of neighborhoods into social chaos and violent crime. If policymakers are to deal with the root causes of crime, therefore, they must deal with the rapid rise of illegitimacy.

The professional literature in criminology is quite at odds with orthodox thinking in official Washington. Many lawmakers in Congress and in the states assume that the high level of crime in America must have its roots in material conditions, such as poor employment opportunities and a shortage of adequately funded social programs. But Members of Congress and other policymakers cannot understand the root causes of crime if they insist on viewing it purely in material terms. This view blinds policymakers to the personal aspects of crime, including moral failure, the refusal to exercise personal responsibility, and the inability or refusal to enter into family and community relationships based on love, respect, and attachment both to the broader community and to a common code of conduct.

The Violent crime Control and Law Enforcement Act of 1994, supported by the Clinton Administration and enacted last year, perfectly embodies official Washington’s thinking about crime. It provides for billions of dollars in new spending, adding 15 new social programs on top of a welfare system that has cost taxpayers $5 trillion since the “War on poverty” was declared in 1965. There is no reason to suppose the programs will have any significant effect. Since 1965, welfare spending has increased 800 percent in real terms, while the number of major felonies per capita today is roughly three times the rate before 1960. As Senator Phil Gramm (R-TX) says, “If social spending stopped crime we would be the safest country in the world.”

Senator Joseph Biden (D-DE), former chairman of the Senate Judiciary Committee and a major sponsor of the recent crime bill, summed up the predominant view of crime prevention: “These [social services] are all good programs. They are all designed to do the same thing — give these kids something to say yes to.” Likewise, the Department of Justice’s report, “Comprehensive Strategy for Serious, Violent and Chronic Juvenile Offenders,” accurately diagnoses the roots of the problem (in terms of family, religion, and moral formation), but then recommends a long list of new federal social programs on top of the current programs.

But the conventional assumptions about the root causes of crime — and thus the solutions — are wide of the mark:

The central proposition in official Washington’s thinking about crime is that poverty is the primary cause of crime. In its simplest form, this contention is absurd; if it were true, there would have been more crime in the past, when more people were poorer. And in poorer nations, the crime rates would be higher than in the United States. More significantly, history defies the assumption that deteriorating economic circumstances breed crime (and improving conditions reduce it). Instead, America’s crime rate gradually rose during the long period of real economic growth: 1905 to 1933. As the Great Depression set in and incomes dropped, the crime rate also dropped. It rose again between 1965 and 1974 when incomes rose steadily. Most recently, during the recession of 1982, there was a slight dip in crime, not an increase.

What is true of the general population is also true of black Americans. For example, between 1950 and 1974 black income in Philadelphia almost doubled, and homicides more than doubled. Even the Reverend Jesse Jackson, whose prescriptions for social reform mirror conventional liberal ideology, admits that black-on-black homicide is not an issue of poverty. The crime rate in other communities also shows no link between low incomes and crime. The Chinese in San Francisco in the mid- 1960s, for instance, had the lowest family income of any ethnic group (less than $4,000 per year) but next to no crime: only 5 Chinese in all of California were then in prison.

There is a widespread belief that race is a major explanatory cause of crime. This belief is anchored in the large disparity in crime rates between whites and blacks. However, a closer look at the data shows that the real variable is not race but family structure and all that it implies in commitment and love between adults. The incidence of broken families is much higher in the black community. Douglas Smith and G. Roger Jarjoura, in a major 1988 study of 11,000 individuals, found that “the percentage of single-parent households with children between the ages of 12 and 20 is significantly associated with rates of violent crime and burglary.” The same study makes clear that the widespread popular assumption that there is an association between race and crime is false. Illegitimacy is the key factor. It is the absence of marriage, and the failure to form and maintain intact families, that explains the incidence of high crime in a neighborhood among whites as well as blacks. This contradicts conventional wisdom.

Bolstering the Smith-Jarjoura study, University ofIllinois sociologist Robert J. Sampson, in a study on the differential effects of poverty and family disruption on crime, states:

Overall the analysis shows that rates of black violent offending, especially by juveniles, are strongly influenced by variations in family structure. Independent of the major candidates supplied by prior criminological theory (e.g. income, region, size, density, age and race composition) black family disruption has the largest effects on black juvenile robbery and homicide…. The effects of family structure are strong and cannot be easily dismissed by reference to other structural and cultural features of urban environments…. The effect of family disruption on black violence is not due to the effect of black violence on family structure.

The predictors of white robbery are in large part identical in sign and magnitude to those for blacks.”

You just spent three minutes reading about the worldview and connection between crime and children. Do you feel like you’ve wasted your time? Well you have- any time you get politicians trying to fix a serious problem, the problem undoubtedly becomes a major train wreck with casualties. In this case children, it should be obvious by now politicians are humanities worst enemy(Pharisees) hypocrites, they’ll lie, they’ll manipulate, until the real issue is forgotten, a child is not safe in this environment, God commands his people to look after orphans and widows in their time of trouble, not some government bureaucrat do-gooder from Washington DC,  he’s called on his followers, it’s time to stand up and be counted for the least among us. 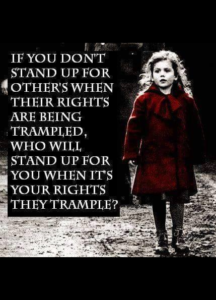 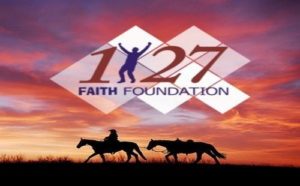 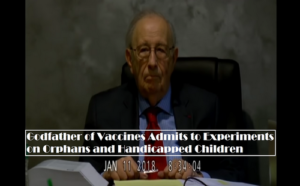